Sabri Al-Haiki is a painter, critic, poet and researcher
from Yemen.

They said about Artist: Sabri Al-Haiki

"This is Sabri distinct in his poetry and paintings. That combine depth and simplicity. Between the calmness of colors and poetic handling. Houses dancing in space and their windows look out from the clouds. And shapes in tune with the music of the poem and the colors in a fresh and fresh fabric .. "

"Sabri amazes me in his exquisite paintings. As much as he was amazed by his poems. the same felling . The same ability to capture the magnificent and amazing of reality and imagined. An outstanding artist is one who recognizes the intimate relationship between poetry and life and art. Sabri has succeeded in embodying this cohesion. " Al-Wehda Newspaper, No. (289) 3 April 1996.

The signifier and Substitution in Text Sources. saying:

'Creator confirms artist Sabri Al-Haiki since he started entering the world of writing. He is an authentic artist and a serious researcher. Looking forward to the hardest creativity. And to the most difficult scientific studies. The title of his new book, 'The signifier and Substitution in Text Sources' is proof of this. The book is an in-depth critical study. A collection of Yemeni dramatic texts. Provided by a systematic boot. Sabri discussed the rules of dramatic construction. And chaos terminology. In a pioneering attempt to renew consideration of the critical approach to dealing with Arab theater in general. And Yemenis in particular." [13]

Artist / Mazher Nizar: I have been following Sabri's work for years ... what makes him distinct from others, his different style ... his works as if from another world .. his technique .. forms of his style ... his means .. all that makes his work remain in memory. 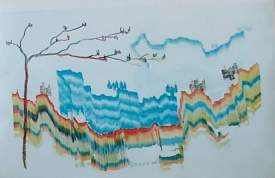 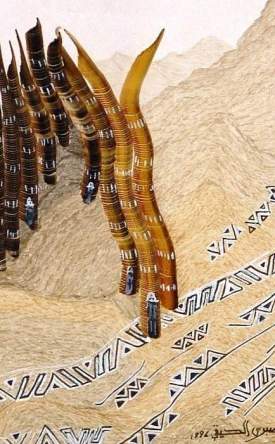 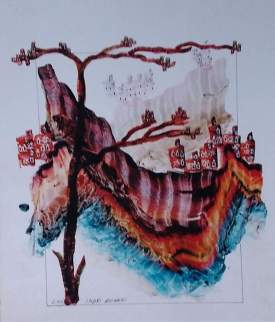 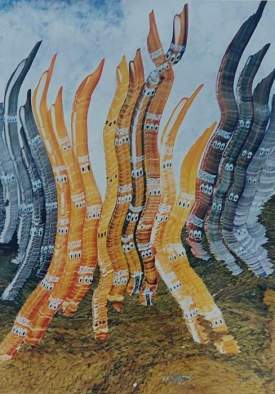 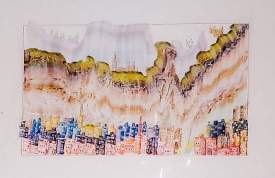 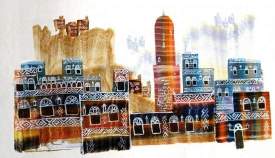