Vladimir Petran is a Belarusian artist. A seeker in life, he sees his art at meeting his audience at the crossroads of the universe. Rather than working logically, he aims to work figuratively, pouring the breadth of his soul into every one of his works. Always blunt with himself, he doubts himself in order to produce work that is a more accurate reflection of reality and truth. His style has been described as “figurative surrealism,” although this label falls apart from one work to the next. Taking together themes and techniques that are not often associated with one another, he produces paintings that have a quality of being sculpted or embossed.

Vladimir earned his degree in Design at Bobruisk Art College. Deformity, rhythm, and movement are recurring concepts in his work, connecting his early structural-analytical roots with his professional emphasis on the less-readily understood. He began to exhibit his works internationally in 1988, appearing in galleries and collections throughout Russia, Poland, Germany, Switzerland, Great Britain, the United States, the former Soviet Republics, and his own home country.

An artist who is never content to accept the world at face value, Vladimir tries to push his audience to see past that which seems simple and to accept a little more uncertainty in their lives. What he is expressing is universal, although at the same time, it is almost universally overlooked. He is bringing these overlooked parts of existence to the foreground. 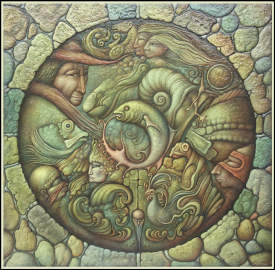 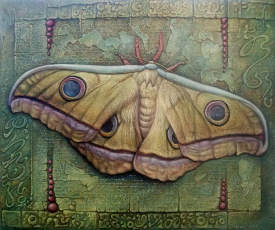 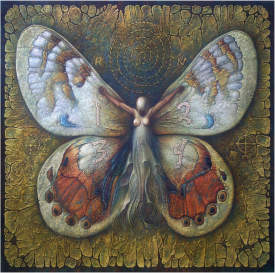 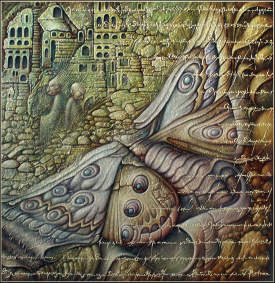 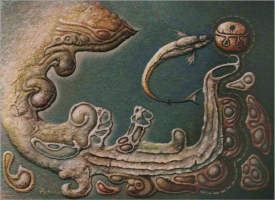 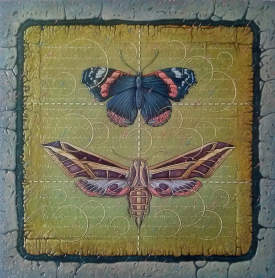 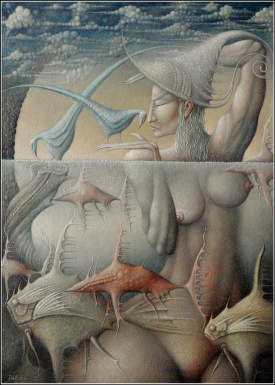 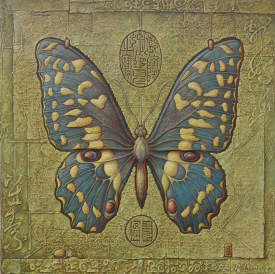 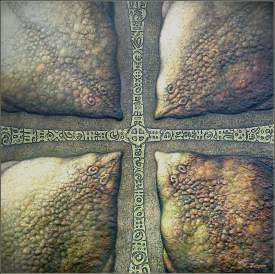 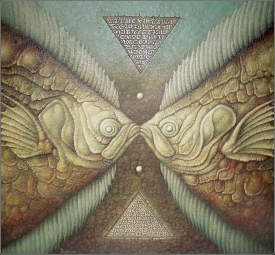