In The Beginning There Were Three
Description

Medium : Acrylic on canvas Size : 46'' x 65" Year completed 2002 I painted this illustration to publicly proclaim The Biblical account of a six literal day creation by the holy trinity, to be The true account of the origin of all thing that has been, are now and will exist. I believe Evolution Theories have many holes in them and lake sound evidence to declare Evolution as the true account of the origin of all matter. I believe a school should teach both theories, and let the student decide which is true for themselves. The three figures of light that are holding the hourglass represent the Trinity, The Father, The Son, The Holy Spirit, Who together created all thing. The background of the paint is supposed to illustrate the Trinity created all things from nothing. The hourglass is supposed is to appear to be made of pure gold. representing a creation without, corruption, and decay, which would later be part of the curse the creation would be s

In The Beginning There Were Three 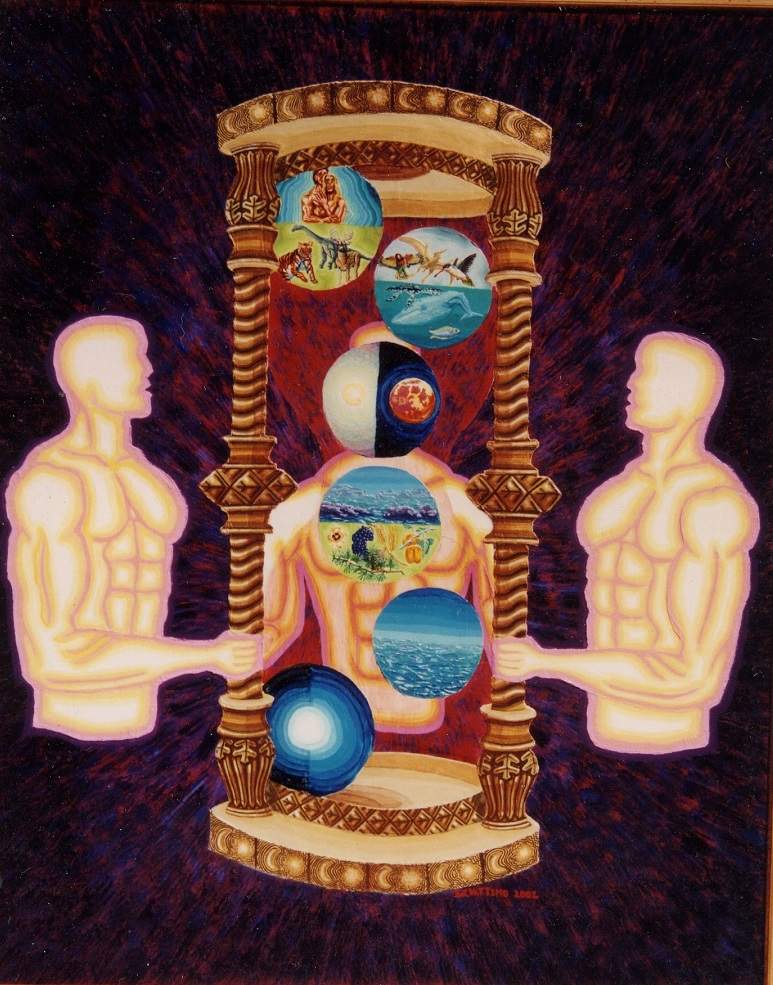